After five days at the top of the rankings, this morning Thomson fell behind and Frenchman Thomas Ruyant (LinkedOut) took the lead of the 32 boats of the Vendée Globe fleet. The breakaway trio rejoiced at the rapid movement to the southeast to the Southern Ocean. Being first in the standings is certainly a pleasant moment for Ruyant, the 39-year-old skipper from the north of France, who had to give up the race in 2016-17, as well as for his supporter – a group of investors from his home region who funded the construction of his boat. LinkedOut made 511.4 nautical miles in 24 hours to 04:00 a.m, this morning. Now the leading trio is more than 200 miles ahead of the IMOCA group of seven, which Jean Le Cam is trying to keep under control. But in front of the fleet, the battle should intensify late tomorrow, as leaders begin a series of maneuvers that will almost certainly decide who gets to the Southern Ocean, first. 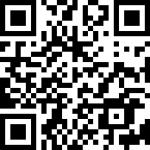